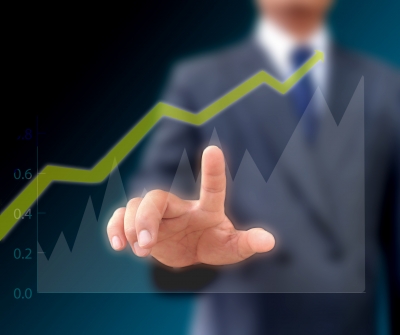 The federal government shutdown of October 2013 had some professionals worrying about the stability of the future economy, especially those working for companies affected by canceled orders or lack of government funding. Fortunately, accountants seem very optimistic about the future economy for 2014 and beyond, as indicated by the results of a confidence index released by a division of Randstad US. The index, which measures confidence among professionals in the accounting and finance fields, is one of the highest of all the industries measured.

The index fell by less than one point for the third quarter of 2013, but confidence among accounting and finance professionals remained high. Ursula Williams, an executive vice president for Randstad, said sector growth in 2014 should be driven by business analysts, staff accountants, public accountants, internal auditors, and financial analysts. The index remained high for the third quarter, partly due to the number of jobs available and the high levels of job security reported by those in accounting and finance positions. Fewer workers reported plans to search for new employers during the third quarter, which is also a sign of good things to come in the future economy.

One of the biggest changes from the second quarter to the third quarter was the percentage of participants who reported confidence in their ability to find new jobs. During the second quarter, 42 percent of the respondents said they were confident in their ability to find new accounting and finance positions. This rose to 49 percent in the third quarter, indicating increased optimism among professionals in these sectors. The American Institute of CPAs also released positive news during the third quarter of 2013. The organization's economic outlook survey showed accounting executives were more willing to hire new employees and expand their companies in the third quarter than they were in the previous quarter.

Though it is not possible to predict exactly what will happen with the future economy, you can be sure the accountant role will change as organizations adjust their strategies. Many companies still need internal auditors or accounting consultants to assist with fraud detection and compliance issues. The accountant role will involve more than producing financial reports and preparing budgets, especially in organizations where managers rely on accountants for the information they need to develop strategic plans and execute them properly. The economic outlook for 2014 is more positive than it has been in recent years, so you should have more opportunities in the coming year than you had in the past.

Accountants and finance professionals are very optimistic about the future economy, which is a good sign for those looking to enter the field as well as those who have been in the field for decades. Now is a good time to ask your current employer for additional duties or explore your opportunities with other organizations. Doing so now could help you earn more money and increase your job satisfaction in the future economy.