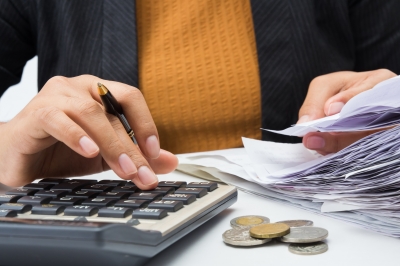 After the tough years that followed the United States recession of 2008 and 2009, the IPO market suffered. In 2014, however, the number of IPO offerings is expected to skyrocket. For accountants, the IPO potential translates to more complex financial statements and taxes. By staying on top of the latest IPOs, you can be better prepared for additional client workloads.

In 2013, many professional accountants began to notice an upswing in the number of IPOs that investors were tracking. The 2013 IPOs mainly occurred in the technology industry, with a focus on Internet companies. During 2013, 222 went public, which was the largest number since 2000; that year, 400 companies went public. The trend is expected to continue in 2014; financial experts estimate that this year will see even more IPOs.

Part of the growth in IPO offerings is due to the strength of the stock market. When stocks are performing well, more companies tend to go public. At the beginning of 2014, 590 private technology companies are valued at $100 million or more, increasing the likelihood of a public offering. The number is considerably higher than the 472 tech companies that hit the same value benchmark in 2013.

As you keep an eye on potential IPO offerings, pay special attention to the technology sector. According to GeekWire, Internet businesses make up the bulk of potential offerings, followed by companies in the mobile and telecommunications industry. In the realm of Internet businesses, ecommerce and advertising technology companies are expected to have the highest number of public offerings.

Other factors that will contribute to the increase in IPO offerings are higher risk tolerance of investors, low interest rates, and a drop in volatility. In combination with the growing stock market, those factors are powerful enough to convince more companies to go public. As a result, according to a recent story from The Street, investors are likely to seek out new companies that have a significant growth potential.

The strength of the IPO market is expected to increase throughout the year as investors look forward to IPO offerings from companies like Alibaba. According to The Street, other companies to watch include Etsy, Dropbox, and Airbnb. With the increasing popularity of cloud technology, cloud-computing companies are particularly well poised for successful public offerings. In the realm of mobile technology, companies like Square have the potential to hit the stock market successfully.

Whether you are an investor yourself or are managing the returns from your clients' investments, it is crucial to watch out for the latest IPO offerings. By staying current with the state of the market, you can be better prepared to offer sound financial and tax advice for clients as the year progresses.