Is The Post Office broke, and Should We Care? 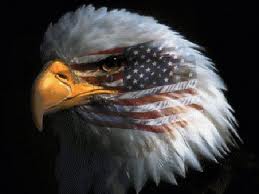 There's been a great deal of debate over the past couple of years about the U.S. Postal Service. Many claim that the postal service is outdated and losing money hand over fist. The suggestions for overhauling the system have ranged from eliminating service on Saturdays, closing smaller offices, consolidating zip codes and even opening branches in Walmart. All of this controversy made me want to find out exactly what the issues were.

The post office is an amazing place, where for .45 cents, you can send a letter to anyone in the country. It's amazing, really. In rural areas where simple things like going to the store can be a challenge, the mail carrier will arrive everyday, bringing letters, bills and even packages. Now that a large portion of the country has internet access, the need to send actual mail has become less important and fewer people are using the service.

The interesting thing about the mail service is that early in our country's history, there was a huge push to offer universal access. That means that every single person should have access to their mail. In the small town I recently moved to, there is even a postal boat that brings mail to the people who live on the nearby islands. It's worth noting that other carriers, like FedEx and UPS have depots at the docks as well and leave the islands' packages with the mail boat. In little towns across the country, mail carriers use planes, snowmobiles and even mules to bring the mail to people living in remote areas.

This push to get the mail delivered, no matter what, is a cornerstone of the postal service. If you think about your early history lessons, I'm sure you'll recall the Pony Express. During the western expansion, brave riders would ride the fastest horses to bring the mail out to the frontier. The brave people who worked for the Pony Express faced great danger and risked getting lost, attacked or robbed. They weren't doing it for the money, instead, they were motivated by the idea that delivering the mail was a government service worth the risk and that serving their country was an honorable thing to do.

Like many government organizations, the Postal Service doesn't always make a huge profit, but the same can be said about the FBI, the CIA and so on. It links our communities together and contributes to the strength of our nation. When our founding fathers authorized a postal service in the Constitution, there wasn't any note saying that the agency's survival would be dependent on its profitability. However, things changed in 1971. President Richard Nixon signed the Postal Reorganization Act and suddenly the postal service was required to run like a business.

What's even more interesting is that there has been a quiet push to privatize the postal service. Then, instead of having a universal, independent postal service, a company would be responsible for handling the postal deliveries in certain areas. It might sound good on paper, but if the mail delivery business isn't profitable, will they begin to charge people for the delivery service? Maybe a monthly fee for mail access?

Those who are opposed to privatization have been advocating shrinking the postal service. This type of shrinkage would mean that 3,700 post offices would be closed and mail service would be cut to five days a week. Other suggestions include closing mail processing centers and eliminating Saturday mail delivery.

So what can be done to protect the postal service? Here are a few of the best ideas (in my opinion).

Hopefully, a way to save the postal service will be found, because not being able to receive mail is just un-American. What do you think they should do?