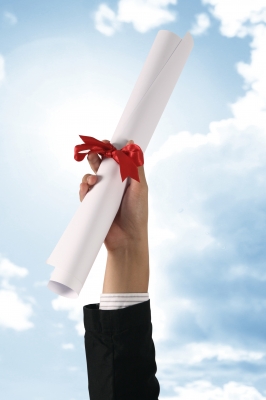 As of August 2015, a recent study has shown public accounting firms are hiring a record number of accounting graduates. This is good news for the record numbers of students who entered undergraduate and graduate accounting programs last year. Experts cite several reasons for the increase in new graduate hires, including a need to replace baby boomers who are retiring in large numbers.

The 2015 Trends in the Supply of Accounting Graduates and Demand for Public Accounting Recruits report presents data showing a 7 percent increase in the number of accounting graduates hired by accounting firms. The number of new hires could increase even further, as 91 percent of firms say they expect to hire the same or even more accounting gradates next year.

Large accounting companies are the most likely to take on accounting graduates. These firms are also the most optimistic about their future hiring. Every firm employing more than 200 chartered public accountants reported it would hire as many or more new accountants next year. Accounting graduates with master's degrees are particularly in demand, as the number of hires from this group increased 11 percent since the previous report.

Barry Melancon, president of the American Institute of Chartered Public Accountants, welcomed the news, calling the trend shown in the report "very positive." He stressed the importance of training accounting graduates to become CPAs, saying "It is critical that we're producing enough CPAs to replace the retiring baby boomers."

According to Melancon, the AICPA is considering several initiatives to encourage accounting graduates to earn their CPA licenses. These initiatives could include working with universities and colleges that offer accounting programs. AICPA research shows that accounting programs that stress the importance of earning a CPA license can increase students' interest in sitting the CPA exam. Employers also have their role to play by providing time off to study for the CPA, as well as financial compensation for students who are motivated enough to work toward the license. In addition, the AICPA offers scholarships for students to help them with the cost of study.

Hiring trends at accounting companies show a strong increase in the hiring of accounting graduates, particularly those with master's degrees. With the majority of large firms claiming to be upbeat about their future hiring expectations, the future for accounting students looks bright.

Photo courtesy of scottchan at FreeDigitalPhotos.net