The Irony of the IRS Losing Its Emails 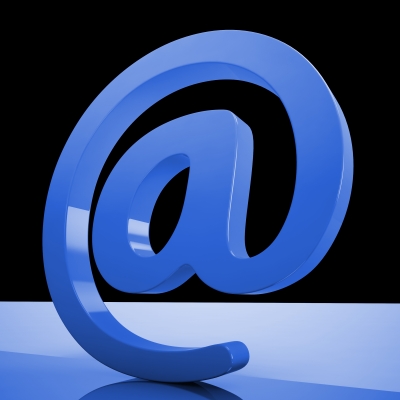 In 2013, the Internal Revenue Service revealed that the government-run entity was targeting conservative groups filing for tax exempt status. In the ensuing federal investigation, the IRS claimed that it lost pertinent emails from former employee Lois Lerner, the executive who led the department that approved tax exemptions at the time of the alleged discrimination.

The IRS claims that the emails between Lois Lerner, government officials and others were lost as a result of a hard drive failure. The back-up copies of the files were unavailable because the IRS asserts it only keeps backups for six months before destroying them. The organization also claims that an unsuccessful attempt was made to recover files from the damaged hard drives and that, as a result, the hard drives were recycled. The loss of the IRS emails has created a scandal for the United States government, particularly with President Obama stating that the IRS isn't corrupt. What has not yet been determined through the federal investigation is whether the IRS is being forthcoming with information and if the loss of the emails was some sort of conspiracy to cover up improper practices.

The Lois Lerner emails that have been released display an open criticism of the Tea Party and American politics as a whole. The communications are particularly inflammatory because they are business emails sent by someone who was a high-ranking IRS agent at the time rather than personal communications from a private email account. Common business email etiquette dictates that work emails should contain work-related content, not personal opinions and inflammatory or derogatory remarks. In April 2013, one of Lois Lerner's recovered emails reveals that she messaged the IRS IT department to find out if the internal chat system was searchable and if the software function had been enabled to allow for recording of chat sessions. According to congressional investigators, the release of the email for investigation purposes marked the first time that anyone outside of the IRS knew of this method of communication within the organization. Lerner's email went on to encourage co-workers to watch what was communicated via email because Congress could be reviewing the messages.

Throughout the federal investigation, the IRS has maintained that it did not target specific political groups for intense scrutiny when applying for tax exemption. The organization's assertion has also been that it has been forthcoming with information regarding the investigation. Though Lois Lerner is at the center of the controversy, other IRS employees' practices have been called into question by the investigation.

To overcome the scandal, the IRS has to dispel the notion that it isn't being transparent with regard to past procedures. Issues such as not recording internal chats, losing emails and recycling Lois Lerner's computer before anyone outside of the organization could attempt to retrieve the lost data from the hard drive do little to inspire the notion that the IRS is being completely forthcoming to federal investigators.