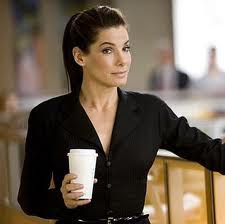 by Alex A. Kecskes

The report analyzed 13 industries from construction to health care and documented the pay gap between female and male managers. In arriving at salary levels, researchers factored in age, hours worked and level of education.

The retail trade industry showed the largest disparity in managerial ranks, with 36 percent of women holding managerial posts compared to 51 percent in non-management positions. Adding to the disparity, women managers earned less than their male counterparts. In 2000, women managers took in an average of 79 cents for every dollar earned by their male counterparts--rising to just 81 cents by 2007. Having fewer women in management positions can affect a company's profits, noted one industry researcher.

In 2009, President Obama signed The Lilly Ledbetter Fair Pay Act, which gives workers alleging unequal pay the right to sue within 180 days of their most recent paycheck. But any effect from that legislation was not included in a recent GAO report, which included data only up to 2007. While the new law constitutes a step in the right direction, more legislation is needed to close the many loopholes in the Equal Pay Act that allow discrimination to continue unchallenged.

For an additional perspective, check out this video: